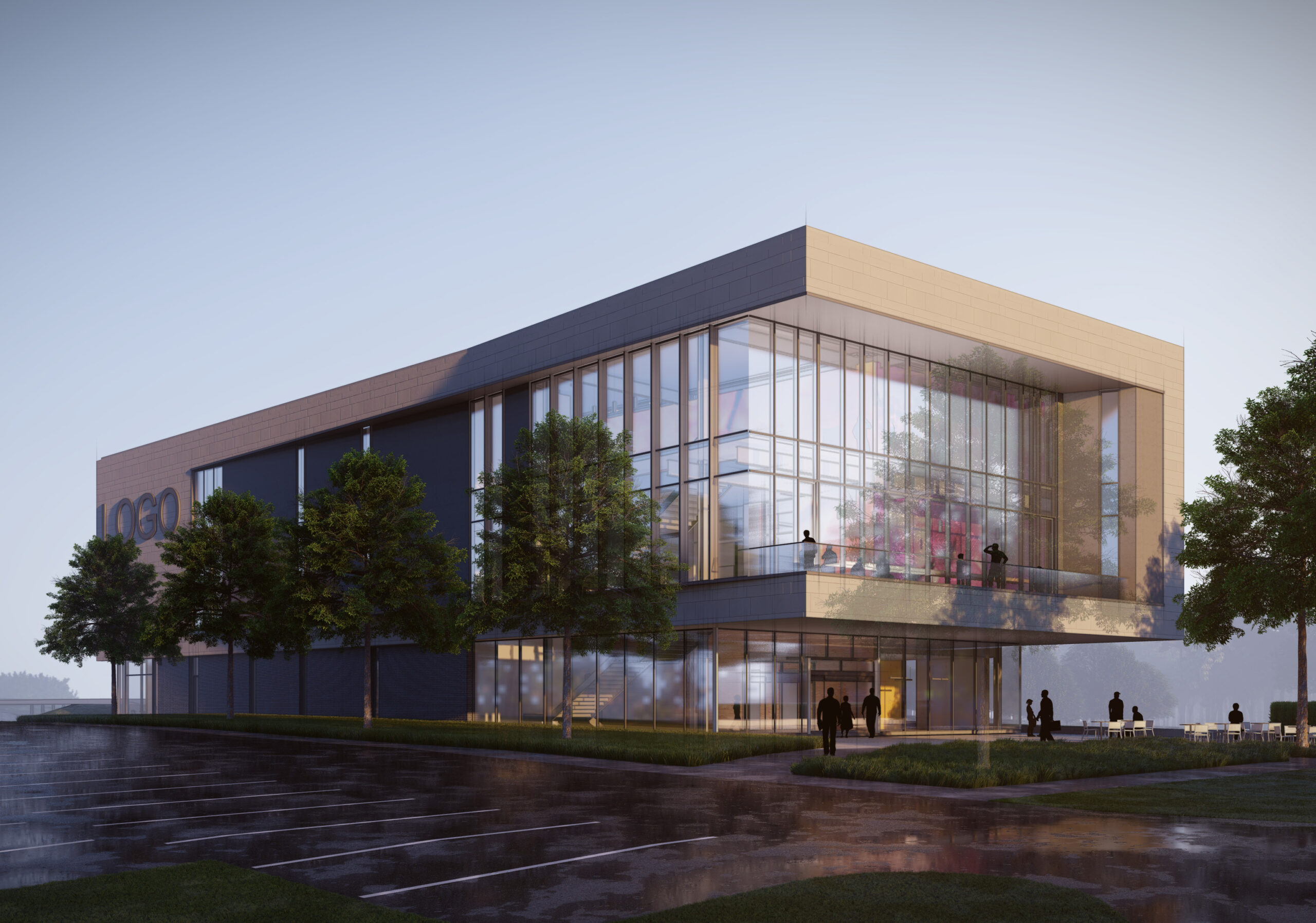 Possible Ideas to incorporate into the new Center of Excellence Building:

The project continues to remain on schedule and on budget and is approximately 88% complete. This project is on schedule as well as on budget to be completed January 11, 2023 or earlier. Furniture/equipment will be delivered January 16, 2023 and Biotech equipment will be delivered/installed by February 2023. Students will be welcomed back into the building after spring break.

The project continues to remain on schedule and on budget and is approximately 84% complete. Highlights of current progress include: permanent power and natural gas are now connected to the building, boilers and outdoor air units are now on, external panels are close to completion, ceiling grid and tiles are being installed on all floors, interior painting continues and perforated metal screen wall panels are now installed on the roof. Conditioned air will be turned on next week, sidewalk installation begins next week and casework arrives next week as well. All IT, A/V and camera rough-ins are installed. The new remote parking lot at Gee Building continues to progress.

The project continues to remain on schedule and on budget and is approximately 80% complete. Highlights of current progress include: foundation drainage and gravel installation almost complete on the west side of building, plumbing and fire sprinkler installation continues all levels, electrical continues all levels, low voltage wiring installation for cameras, A/V and IT has started, fiber cement panel installation on south exterior soffit continues and west side exterior signage has been installed. Additional trees are being removed for the Gee parking lot extension. The project is still waiting for permanent power from Duke Energy. Generators have been brought on-site to allow continued work on the interior including the elevator installation.

The project is 75% complete while being on schedule and on budget. All of the glass has been installed in the building, and ACC will be working on the landscaping soon. The building should have permanent power by the end of August 2022. Approximately 80% of the exterior brick is complete. Elevator installation, drywall, and restroom tile installation are all ongoing projects currently. ACC has a state construction monitor come out every two weeks to ensure that ACC is on track every step of the way. Additional parking for the College is underway with Lot H already reconfigured and Gee lot expansion in progress. The exterior signage that will be seen from the highway will be installed in the next several weeks. ACC hopes to have the CO by the end of December 2022. 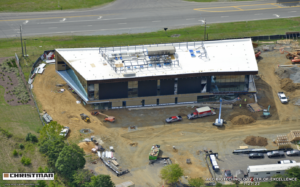 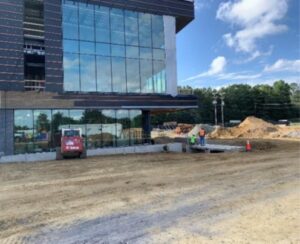 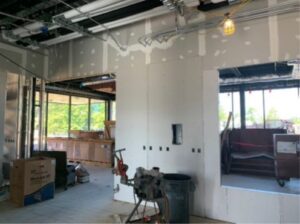 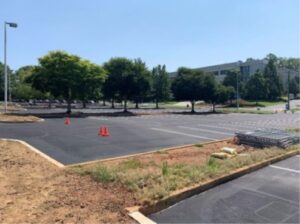 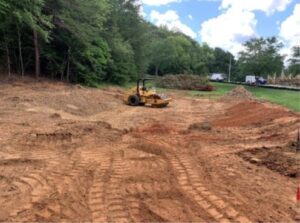 The project continues to remain on schedule and budget. Demolition work on existing Parking Lot H continues. Reconfiguration of Lot H will be completed in two phases to be complete before the fall semester begins. In the building, electrical in-wall and above ceiling conduit and junction boxes installation is ongoing on all levels with domestic water piping, sanitary and storm piping and ductwork installation ongoing on level 3. Footings for site walls at south end of site also being constructed. On May 10th, Graham City Council approved a change in the signage ordinance which allows the College to install exterior signage up to the third story of the building.

The project continues to remain on schedule. Currently the exterior and interior framing is in progress, slab on deck has been poured on the second and third floors, final steel is being completed and interior utility work is underway. The new driveway installation is underway along with site grading. This month they will begin the gas main installation and the installation of the emergency exit stairs. The project remains on budget.

Christman continues to excavate, form, pour, strip and finish footings and foundations for the building. They also continue the installation of the sanitary sewer and storm sewer. They have formed and poured the elevator pit slab and walls and completed the installation of the electrical duct bank. In the weeks ahead, we expect steel to arrive on site and the structural steel contractor will mobilize on site to begin steel erection. Christman has also locked in the final Guaranteed Maximum Price (GMP) totaling $16,703,303. The project remains on schedule.

The building pad is cut to grade and tree removal is complete. In the next 30 days we expect the installation of the electrical duct bank, sanitary sewer and water mains. Christman is also scheduled to pour the footings and foundation for the building. The construction management team is close to submitting the final GMP (Guaranteed Maximum Price) for the project with just one bid still in negotiation. College administration is meeting weekly with the CM and design team.

The construction management team is working to lock in the remaining bids and submit the final GMP (Guaranteed Maximum Price) for the project. We expect that to be finalized in October. Site work has commenced with asphalt and concrete removal as well as the removal of light poles. College administration is meeting weekly with the construction manager and design team.

Additional funding of $1,900,430 was approved in August 2021 by the Board of Commissioners for a revised Project Budget of $19,460,430. Based on a Preliminary Guaranteed Maximum Price (PGMP) approved in July, Christman Company is securing subcontractors to begin mobilization for site work in September after approval is granted by the NC Office of State Construction for the final GMP agreement.

5-7-21 Groundbreaking Ceremony for the BCOE

A groundbreaking ceremony was held on May 7, 2021 to signify the construction of the Biotechnology Center of Excellence at Alamance Community College. Alamance Community College administrators, elected officials, and industry leaders attended the ceremony. Attendees donned construction helmets and silver-plated shovels. Construction is set to start by the end of June 2021, with a target completion date in Fall 2022. 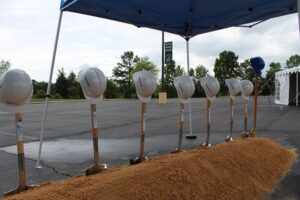 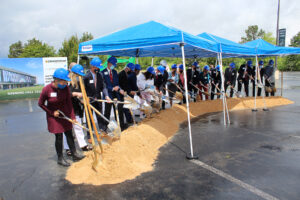 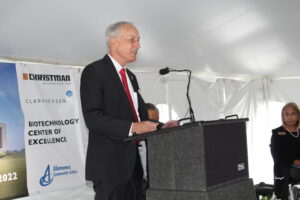 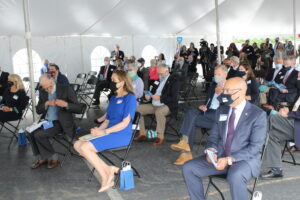 6-3-20 Board of Trustees Biotechnology Presentation

The College continues to work virtually with Clark Nexsen on the design development phase of the project. The project continues to remain on schedule with the expectation that the design development package will be ready to submit to State Construction mid-June. The design team will soon be in contact with the City of Graham to review building and site design and discuss the permitting process. The College is also working through ESP Surveyors to combine the parcel where the building will sit with the main parcel of the campus.

At the May 11 ACC Board of Trustees were presented with an updated Biotechnology Center of Excellence presentation with an updated timeline and architectural drawings by the Design Team.

The following presentation will be recommended to the ACC Board of Trustees at their meeting on Monday, 6-8-2020

5-11-20 Board of Trustees Biotechnology Presentation

The College continues to work virtually with Clark Nexsen on the design development phase of the project. The project continues to remain on schedule with the expectation that the design development package will be ready to submit to State Construction mid-June. The design team will soon be in contact with the City of Graham to review building and site design and discuss the permitting process. The College is also working through ESP Surveyors to combine the parcel where the building will sit with the main parcel of the campus.

At the May 11 ACC Board of Trustees were presented with an updated Biotechnology Center of Excellence presentation with an updated timeline and architectural drawings by the Design Team.

At the February 27 Oversight Committee Meeting, Clark Nexsen presented an updated timeline summary, guiding principles, program summary, and two schematic drawings of the Biotechnology Center of Excellence. As of 4-28, the schematic designs for the Center of Excellence have been submitted and are under review at the State Office of Construction. 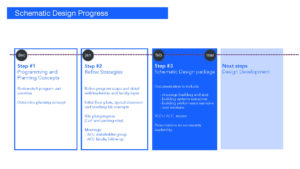 In December, the State Board of Community Colleges also approved amending the two projects and merging into one project.  The State Construction Office is finalizing contract documents for design services as well as CM pre-construction services.  We expect to have these contracts finalized early January.

On December 17th, College leadership met with Clark Nexsen to review the next steps in the process including schematic design schedule and design progress.  Plans were made for the next COE Stakeholder meeting to be held on January 15th.  At that meeting, the group will work to refine program scope and detail, review initial floor plans and typical classroom/lab concepts.  In addition, site visits to peer institutions and labs will be scheduled as well as program meetings with faculty.

In late January, requests for proposals (RFP’s) will be issued for site survey and geotechnical work.

11-26-19 Center of Excellence and Parking Project

The Center of Excellence and Parking Deck projects are now combined into one project. The advanced planning phase was finished by the design firm and has been sent to the North Carolina State Office of Construction. Once approved by the NC Office of State Construction, the project will be presented to the Board of Trustees in January. ACC expects that the earliest possible time to receive construction documents is December 2020-February 2021. Therefore, ACC has determined that a January-February 2021 bond issuance is most likely at this time.

The planning process for the Biotechnology Center of Excellence project has involved several different groups with internal stakeholders meeting with the design firm and construction manager (CMR model). The Board of Trustees Building & Grounds Committee continues to have immediate oversight of the projects.

The design firm has communicated that more time should be spent on the Advanced Planning stage of the project and indicated that the original completion date of August 2021 is no longer realistic. Mr. Brasier said his firm recommends adjusting the schedules for the projects to include an eight-week advanced planning phase and a two-to-three-month  period for review of the design and documentation by the State Construction Office and ACC. More time invested on the front-end in advanced planning is expected to increase efficiency and quality in the construction process, but will result in a 3-6 month push back for the project completion date.

Per the usual process, three candidates for the CMR role have been passed to the State Board of Community Colleges for review. The highest ranked choice, Christman Company, is a large company with a national reputation and experience in various projects, including cancer centers, educational buildings, science labs, and hospitals. Clark Nexsen, the hired architectural firm, has worked on projects such as the Hunt Library at NC State University and Wake Tech’s North Campus.

The college is also exploring a $2.4 million federal economic development grant, it will fund an additional 5,000 square feet of building space.

At their Aug. 12th meeting, the Board of Trustees accepted the recommendation of the Building & Grounds Committee to select a Construction Manager at Risk (CMAR) firm for their Center of Excellence and Parking Deck projects. The top three candidates were ranked and all three are submitted to the NC School Construction Office, which will negotiate their contract with ACC. The three construction firms, ranked in preferential order, are:
1. Christman Company
2. Vannoy Construction
3. Rodgers Builders, Inc.

On June 12, the Board of Trustees approved Clark Nexsen as the design firm for both the Center of Excellence and the Parking Deck. At this time, Alamance Community College is working with the State Construction Office in finalizing a formal contract with the firm.

Alamance Community College received 27 proposals for design services for the Center of Excellence and the Parking Deck. The ACC Building and Grounds Committee reviewed applications and will submit their top recommendations to the Board of Trustees. At the June 10, 2019 meeting, the Board will review, vote, and announce their choice(s). The North Carolina State Construction Office will then negotiate contracts with the designer(s).